If you need to create or edit text files and want something with more options than the default Notepad and WordPad programs that come with Windows but don't need the complexity of expensive word-processors, check out NotePro. Although it has many powerful features typically found in a word-processor, it's very simple to use. NotePro has a clean, attractive interface that puts nearly all the options you'll need right on the well-designed button bar. NotePro handles standard text files, and also creates and saves Rich Text Format, Word doc and docx, Adobe PDF, Windows Write, and HTML files used by Microsoft Word and other word-processors. You can have multiple documents open at one time. Other options include complete control over text appearance. Use any font installed on your system, control the font size and attributes, and also use colored text, including background fills. Onscreen you can quickly increase or decrease text size, add super- or subscript text, and change the text alignment (flush left, centered, or flush right). You can also quickly create numbered or bulleted lists, insert pictures and bookmarks. Like a word-processor, NotePro lets you create custom styles for your text - define a font, face, attributes, color, alignment, etc. - that lets you easily apply a style to specific text. NotePro also has a built-in spelling checker, and lets you import text from existing files. NotePro also let you embed or link to objects and images. Other features include changing the case of text to all upper or lower, calculator, and character map, font preview in the font selection window so you get a quick peek at what a font looks like, and print preview. NotePro is easy-to-use, and provides plenty of features. In a fairly small package it incorporates nearly all of the most-used features of a word-processor without having to learn how to use one; in fact, if you use a word-processor frequently, you might find yourself using it instead for many documents. 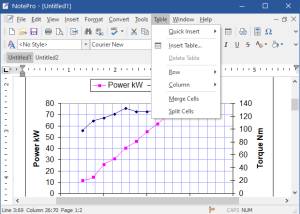 What do you think about NotePro?

Text Filter is a handy utility designed to enable you to read, search and filter text files with ease. Text lines are instantly filtered as you type your ... response time, supports keyboard shortcuts, and includes user documentation. Text Filter's main attraction is that you can ...

Get the latest downloads updates and news directly in your inbox. By clicking on "Subscribe" above, you are agreeing to the Terms of Use and the Privacy Policy.
© 2023 TopDownload.Club  |  All rights reserved.
created by FAUST