ZOC is a powerful and well-established terminal emulator and telnet client, well known for its outstanding user interface. ZOC lets you access character based hosts using telnet, modem, Secure Shell (SSH/SSH2), ISDN and most other means of communication. It can be used to connect to Unix/Linux hosts and shell accounts, BBS's, IBM mainframes (via TN3270 or TN5250) or internet muds.

ZOC's extensive features and functions, including a typed command history, scrollback, multiple window support and others, make it the ideal tool for people needing to access Unix shell accounts from a Windows platform.

With ZOC's support for the Linux (Xterm) emulation, complete with full colors, meta-keys and local printing, Linux admins will feel as though they are sitting at their native consoles.

ZOC also supports vt102, vt220 and several types of ansi as well as Wyse, TVI, TN3270, TN5250, and Sun's CDE. ZOC also utilises all main file transfer protocols, including X-, Y- and Zmodem as well as Kermit and many others. All of which are offered in a flexible and intuitive interface that, unlike many other clients, leaves absolutely nothing to be desired.

ZOC is also highly configurable, and as well as the standard terminal features such as keyboard redefinition and scroll back buffer, also offers some more advanced and unique features, including a powerful scripting language, and automatic triggering of actions based on received or typed text or a line trace feature. 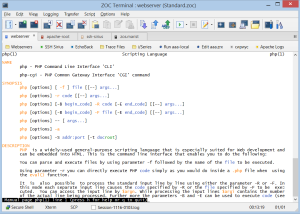 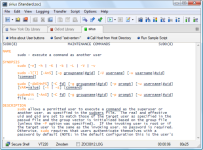 What do you think about ZOC?

ZOC is a professional SSH/SSH2/telnet client and terminal emulator. ... people who access Unix shell accounts from a Windows or Mac OS X platform. Linux administrators will feel like sitting on their native console with ZOC's support for colors, meta-keys and local printing. It ...

Get the latest downloads updates and news directly in your inbox. By clicking on "Subscribe" above, you are agreeing to the Terms of Use and the Privacy Policy.
© 2022 TopDownload.Club  |  All rights reserved.
created by FAUST